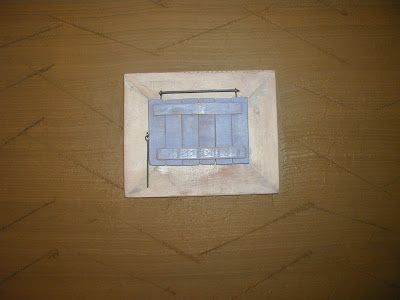 Truth Window
The blue door covers a window through which the straw can be seen.
Construction has been covered by a couple of blogs:
http://www.ozone.co.jp/blog/archives/2011/06/post_84.html#more
http://ommidoriya.exblog.jp/
Posted by Kyle Holzhueter No comments: Links to this post 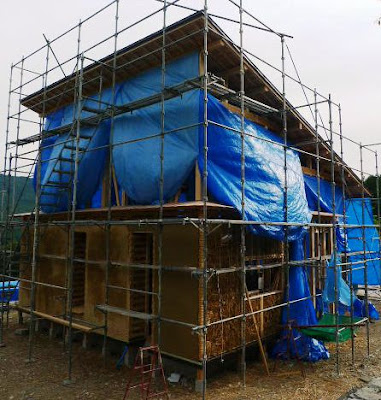 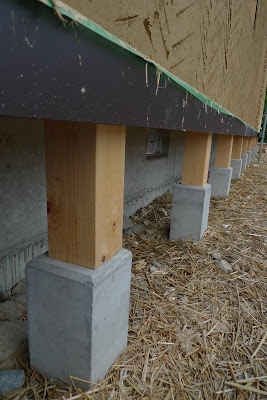 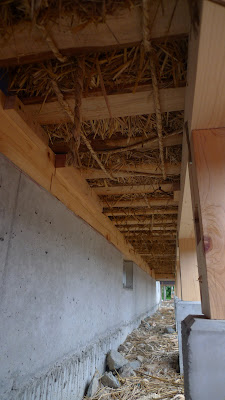 Shiotsuki-san intends to attach metal lath at the bottom of the bale wall and plaster with mud. For further details, please see Shiotsuki-san's blog: ストローベイルハウスで里山に住みたい！
Posted by Kyle Holzhueter No comments: Links to this post

On June 12, I had the opportunity to interpret for a couple of thatch roofers, Shiozawa-san and Nakano-san. 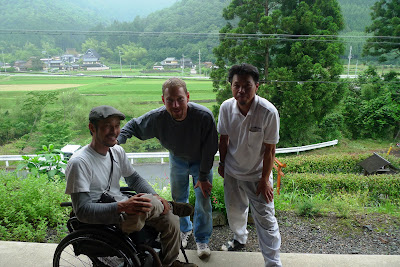 During the morning session, Shiozawa-san taught students from the US about the knots and tools used to thatch roofs in Japan. 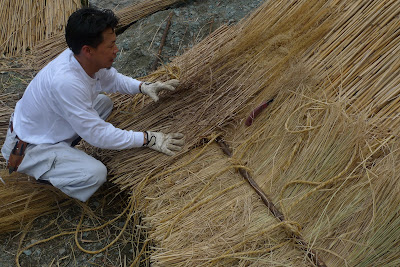 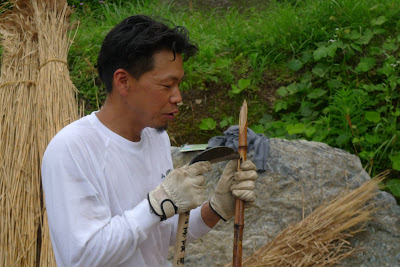 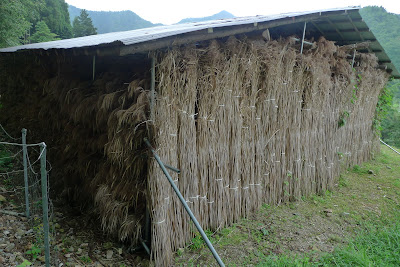 Email ThisBlogThis!Share to TwitterShare to FacebookShare to Pinterest
Labels: 茅葺屋根

As a part of the course, students spent one week in Miyama (京都府美山町), known for its thatch roofs. Ozeki-san a Japanese timber framer, helped organize the Miyama portion of the course. 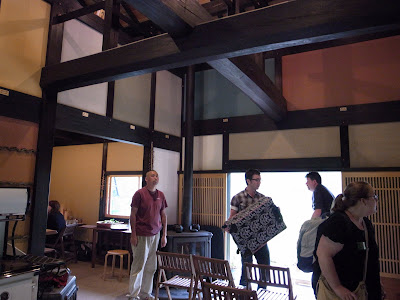 Ozeki-san standing in the guesthouse and cafe he built. This building features various interior finishes plastered by some of Japan's most renowned plasterers.
Posted by Kyle Holzhueter No comments: Links to this post